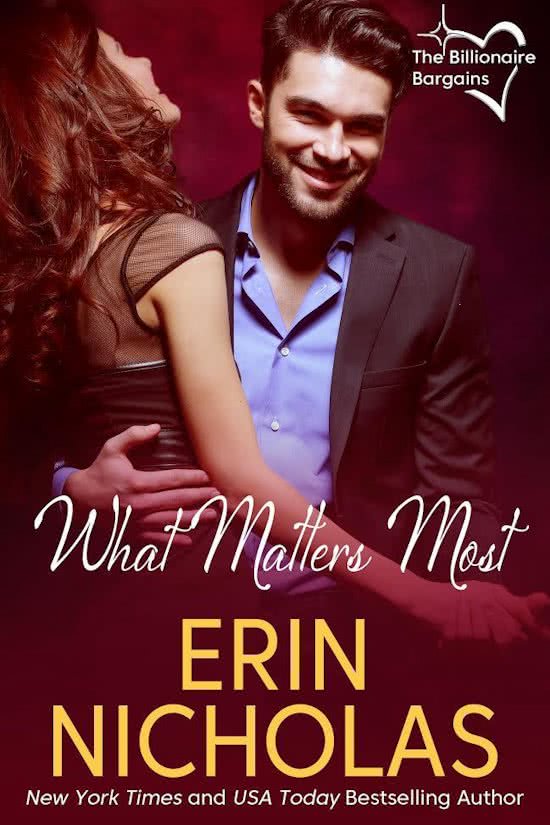 He can buy anything he wants…except the thing he needs the most.

Things come easy to Tony Steele. Money. Women. A good time. It’s all a piece of cake. Until that cake turns into the wedding cake of Tony’s best friend and the woman of Tony’s dreams, Reese Chaplin.

Tony can’t fix this problem by writing a check. And when Tony finds out his “friend” has been cheating on the woman who’s stolen his heart, he doesn’t hesitate to steal her away. Even if it’s her wedding day.

Nothing about Reese’s big day goes according to plan. She walks down the aisle to marry one man, and winds up in a tawdry Vegas chapel marrying another. After a hot night with Tony, the only thing Reese regrets is she’s the only one who can remember it-thanks to a few too many shots of tequila. Reese doesn’t want Tony’s money, but admitting they’ve made a mistake and walking away from him isn’t easy. Especially when she begins to catch glimpses of the man behind the wallet.

Contains a billionaire playboy who can’t handle his tequila, a Vegas wedding, hot phone sex (and other kinds of hot sex), and a woman who knows how to make a point-even if it requires jumping out of an airplane.

“This is my fault for overreacting to my wedding debacle.”

Tony stopped and frowned. “What hell are you talking about? Your wedding debacle? As far as I’m concerned, marrying the asshole would have been the debacle.”

Okay, he had a point there too.

“Flying off to Vegas and having wild sex and getting married to another man within hours of being dumped is a little overreaction.”

“I really want to hear more about this wild sex,” Tony muttered.

She couldn’t help but grin at that. “Hey, you should know to lay off the tequila.”

“You’re not going to tell me anything about it?”

She lifted a shoulder. “I’ll tell you it was really good. You enjoyed it.”

He made a little growling noise and stepped forward again. “More.”

“I’ll pay you. A hundred dollars for every detail.”

There was that throwing money around thing again. She fought a smile. “You couldn’t afford it. There were lots of good details.”

The corner of his mouth curled slightly. “Then maybe I should say you’re welcome.”

She snorted. He was so full of himself. But she liked his cockiness. And…he wasn’t wrong. He’d made last night amazing.

It sucked that he didn’t remember it. But she did. She most definitely did.

“Come to think of it,” she said. “I did see a great pair of earrings last night. They were about two hundred.”

Tony looked around at the floor, located his pants and picked them up. He took his wallet from the pocket and pulled out two hundred-dollar bills. He held them up. “Go.”

This was fun. Teasing him was fun. And she really did want him to know at least a few of the details of the night before. Especially any details that might turn him on and make him want a repeat…

She shut down that train of thought. That was stupid. Beyond stupid.

It had been one night. A crazy, spontaneous, amazing reaction to a crappy, self-esteem-crushing life event.

But she’d had her fun. She’d rebounded-oh, had she rebounded. There was no good reason for anything to be repeated.

Tony waggled the money. “Come on. Give me something good.”

She plucked one of the hundreds from his fingers. “Your first two shots of tequila were off of my stomach and you had me suck the lemon and then you sucked on my tongue.”

He pulled in a breath through his nose. “Well, that explains why I didn’t say no to the tequila.”

She grinned and took the second hundred from him. She could make anything up, honestly. He wouldn’t know the difference. But she didn’t have to. The night had been full of hot, fun moments. “At the second club, you told me I tasted like melted cotton candy.”

Tony took another step toward her. He was close enough that she could have counted the eyelashes that surrounded the deep blue eyes that reminded her of the blue flame on a stove-vibrant and hot.

“Where did I taste you?” he asked, his voice low and rough.

“Lots of places,” she said honestly. “But that was in reference to when you ran your hand up under my skirt while we danced and slid your finger inside my thong.”

His nostrils flared and his eyes darkened. “I don’t have taste buds on my finger.”

“And then put your finger in your mouth.” Thinking about it now made her thighs clench and she realized she’d started a very dangerous game.

She stepped back and almost tripped on the damned sheet around her. She yanked the end of it higher and shook her head. “I think I’ll quit while I’m ahead.”

They could easily get the marriage annulled. Vegas probably had places to handle that today, in fact. She and Tony were hardly the first, or the last, couple to stumble drunk into a Vegas chapel.

She frowned at him. “Stop it.”

“Seriously. I’ll pay you to stay one more day and take me back through everything we did last night, everywhere we went.”

She studied him. He was serious. In fact, he looked very bothered all of a sudden.

“Tony, it was just a crazy night. I’m sure you’ve had a lot of those.”

She took a deep breath at that.

“Look,” he said sincerely. “I’m not going to lie and tell you this has nothing to do with the sex. I’ve wanted you since the first moment I met you, and the fact that I have now had you and don’t freaking remember it will, I’m convinced, make me crazy if I don’t have another chance.”

She glanced at the bed. She supposed they could…

“But, Reese.” He took her hand. “I’ve also been an idiot to stand by while another man, my friend, pursued you. I finally had a chance to show you how amazing I think you are and to make you laugh and to romance you and…I blew it.”

She swallowed hard. He hadn’t blown it. He’d actually done a great job on all of those things the night before. She’d been in heaven. He’d treated her like a princess. He’d made her feel beautiful and sexy. And turning him on had been every bit as much fun as being turned on. Tony Steele was a man who could have any woman. He could have had a dozen just last night on the strip. Probably the whole dozen at once if he’d wanted them. She’d noticed how the other women watched him walk by, how they smiled differently at him, how they’d given her jealous glances.

But he’d chosen her. He’d been all about her. She’d had his full attention and it had been addicting.

Reese couldn’t deny that she’d had a hell of a good time the night before.

A repeat wouldn’t be all bad.

But she wasn’t going to let him off easy. He didn’t remember their night. Taking him back through it could be fun, but she was going to be sure he not only remembered everything this time, but doubly regretted not having two nights of memories to look back on.

Like she would. For the rest of her life.

“Deal.” He reached for the front of her sheet and hooked a finger at the top between her breasts. “Starting right here and now.”

She clutched the sheet tighter. “Oh, no. That wasn’t the first thing we did when we got here.”

He sighed and dropped his hand. “I really am an idiot then.”

She smiled. “Sorry. If we’re going to do this, I think we need to go in chronological order.”

He didn’t look as enthusiastic about that idea as he had about removing her sheet. But he had no idea just how much fun they’d had even before they’d gotten to the bed. 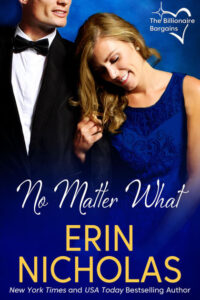 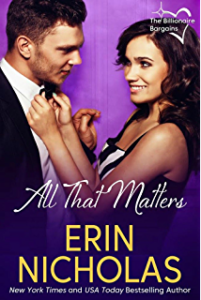