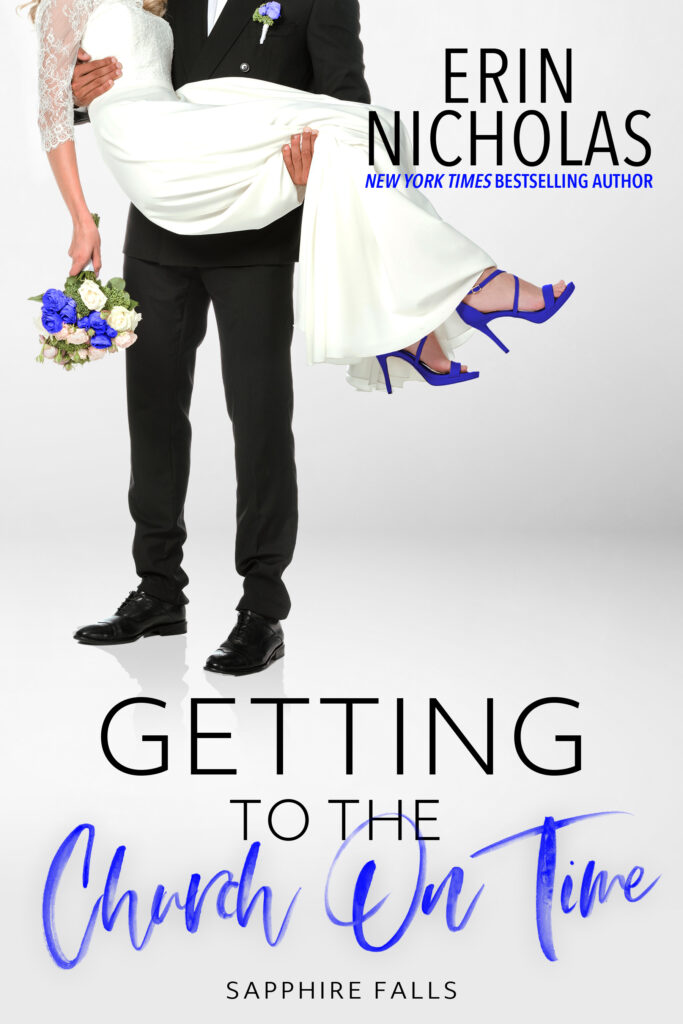 It’s just days before Christmas, almost a year since Levi Spencer and Kate Leggot accidentally fell in love in Sapphire Falls, and they want to make it official. Surrounded by friends and family in their adopted hometown, Kate and Levi will marry and celebrate in the town square where they shared their first kiss. It will be absolutely perfect…

Except for the massive snowstorm about to hit town.

Now, thanks to mother nature and multiple flight cancellations, Levi and Kate are separated by hundreds of miles. It looks like all the wedding preparations will go to waste.

But Sapphire Falls always looks on the bright side. And they don’t cancel a perfectly good party, even for Jack Frost.

There will be a wedding… the only question is who will be walking down the aisle?

Levi stared at his shot glass. It was a rare day when he felt down about something in Sapphire Falls. It was as if they pumped happiness into the air and water. He’d actually asked Hailey once what she thought the magic ingredient was. She’d given him a secretive smile and said “just enjoy it”. So he had. He’d breathed deeply and drank often. He took it all in. He wallowed in it.

But now, after only about thirty minutes of knowing that he was here without Kate, he also knew it wasn’t the air or the water. It was her. It was how much she loved it here, how the town made her feel and how she’d gotten involved in the community, established relationships, and had found her piece of heaven right there beside him. Sapphire Falls wasn’t the same without her.

“So, you’re not getting married tomorrow, right?” Tucker asked.

“And that means all those decorations and invitations and the cake are just going to go to waste?” Ty asked.

Levi tuned back to the men around him. They were acting strange. Something was up.

“I guess. Why, you want a slice?” he asked. It was peppermint-vanilla cake. That cake going to waste was a tragedy all on its own.

Levi shrugged. “Take it. Someone might as well enjoy it.”

“Just what I was thinking,” Ty said. “Same goes for all the decorations and the fact that the entire town will be showing up in the same place and expecting a wedding and a party, right?”

“Hey, just a second,” TJ said, sitting up straighter. “Are you thinking what I think you’re thinking?”

Ty just looked at his brothers. “Why not? It’s a win-win situation.”

“What is?” Levi asked, looking between the Bennett brothers.

Travis was watching the other three, shaking his head. “Oh boy.”

“Hailey and I have been together the longest,” Ty said. “We’re ready.”

“You two haven’t even been a couple in public for five months,” Tucker argued. “Delaney and I have the boys. And we’ve been talking about it but just haven’t been able to find a time that works.”

Levi swung his head to look at the oldest, and least romantic, brother. He knew what they were talking about. “What are you talking about?” he asked anyway.

“Delaney and Hailey are both older than Hope,” Ty said, ignoring Levi’s question.

“You sure you’re not just thinking you need to tie her down before she wises up?” Tucker asked TJ.

“What are we talking about here?” Levi asked again.

“I want your wedding,” Ty said. He leaned to the side and withdrew his wallet. “How much?”

Levi cocked an eyebrow. “You want my wedding?”

“But you tried to date Kate,” TJ said. “You were flirting with her as recently as Valentine’s Day.”

TJ was absolutely right. Levi looked at Tucker. “He’s got a point.”

“But then you should be even happier to get me hitched to someone else,” Tucker rallied. “Then I’m not threat.”

Levi laughed at that. “You’re no threat anyway, Bennett.”

Tucker was the only one he called Bennett, even though it applied to all of the men at the table.

Tucker gave him a grin. “See, you know it was all a running joke.”

“You wouldn’t have dated Kate if she’d given you half a chance?” Levi asked, not believing that for a second.

Tucker had been Kate’s blind date last Christmas. She’d mistaken Levi for Tucker, and Levi had mistaken her for Hailey, and the rest was history. But Tucker still liked to joke about how it could have been him and Kate falling in love. Of course, it only took about five seconds around Tucker and his fiancé Delaney to know that there was no other woman on the planet for Tucker Bennett.

“I would have dated her,” Tucker said with a nod. “And then Delaney would have come to town and I would have had to break Katie’s heart. It all worked out for the best.”

Levi couldn’t help but laugh. “So you want my wedding too?”

“Why should I give it to you?” Levi asked, enjoying this. It was taking his mind off of Kate being several hundred miles away, for one thing. And he loved a good game. He was a gambler. He got a thrill from competition and people putting their wits up against one another.

“Because I’m the mayor and we have an important professional relationship,” TJ said.

Levi just looked at him. Levi definitely held all the cards in that relationship. He was happy to spend his money on his new hometown, but who the mayor was had very little to do with that.

TJ tried again. “Because you like my mother and she’s been waiting for me to get married the longest.”

“You’ve already been married,” Ty pointed out. “I think that definitely puts me and Tuck ahead of you. You had your chance.”

Everyone grimaced at that. TJ’s first wife, Michelle, was a crazy, manipulative woman who was, unfortunately, still around.

“I think I deserve this wedding even more because of that,” TJ said. “It’s about time I get this right, don’t you think?”

No one could really argue with that.

He jumped in before they could ruin the fun by being good brothers.

“Tell you what. I’ll let you compete for the wedding.”

They all looked at him.

“Compete for it?” Ty asked.

Levi smiled. He should have known those words would pique the youngest’s interest most. Ty was a competitor through and through.

Levi nodded. “Kate’s stuck out of town on what was supposed to be our wedding day. I’m depressed and bored. You all are going to keep my mind off of it. You’re going to compete to see who gets this spectacular Christmas wedding package and who will walk down the aisle tomorrow night.”

The guys all looked at each other. Ty looked excited, Travis—the already married one—looked amused. Tucker looked willing. He was the laid-back, fun-loving one. He’d definitely be willing. TJ was the one who looked dubious.

“You both promise that whoever wins, no one’s going to be mad or not show up for the wedding or some dumb shit like that?” TJ asked his brothers.

“Okay, then.” TJ turned to Levi. “What’s this competition look like?”

Levi couldn’t believe they were going along with it. He needed time to make this good. “Let me think on it.”

“We’ve got like twenty-four hours here,” TJ pointed out. “You’ll have to think fast.”

True. A lot of the things that had been going through Levi’s mind would take too much time to set up. And the chances of getting an American Ninja Warrior set into the Sapphire Falls town square were slim with the storm.

“Okay, here’s what you have to do. Three contests. The guy who impresses me most wins.”

“The couple,” Travis said. “I definitely think the girls should get in on the competition.”

Levi grinned. “Yes. The couple who impresses me most wins.”

He considered each guy and his girl. Ty was maybe the most physically fit from his biking, swimming and running, but Tucker and TJ both worked on the farm. They were hardly wusses. They were also all smart, charming, and knew the town inside out.

It was the girls who might be the deciding factors. Delaney was a Miss Fix-it. She could build or repair almost anything. Hailey was smart and from Sapphire Falls so she knew everyone—and probably had dirt on most of them and wasn’t afraid to use it. Hope was the sweetest of the bunch. She was a little bit of a hippie with a vast knowledge of herbs and plants and healing remedies. She could make a potion for almost anything.

Okay, so he had to be sure the playing field was as even as possible.

Levi leaned back in his chair and regarded the other men. He was going to enjoy this. 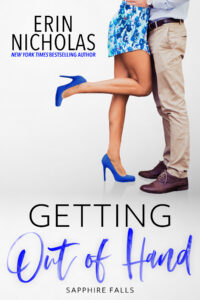 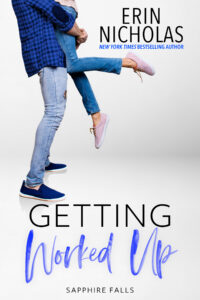 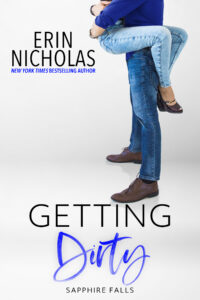 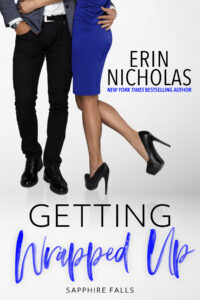 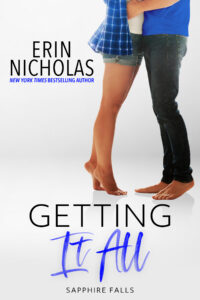 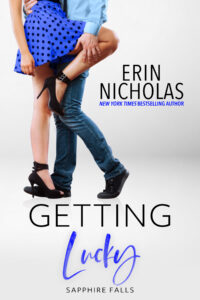 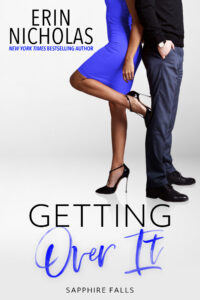 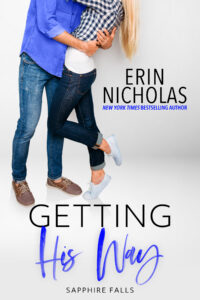 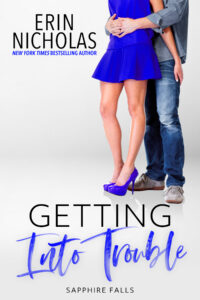 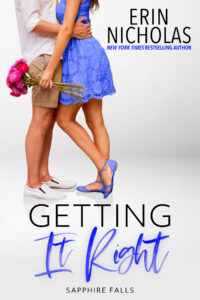