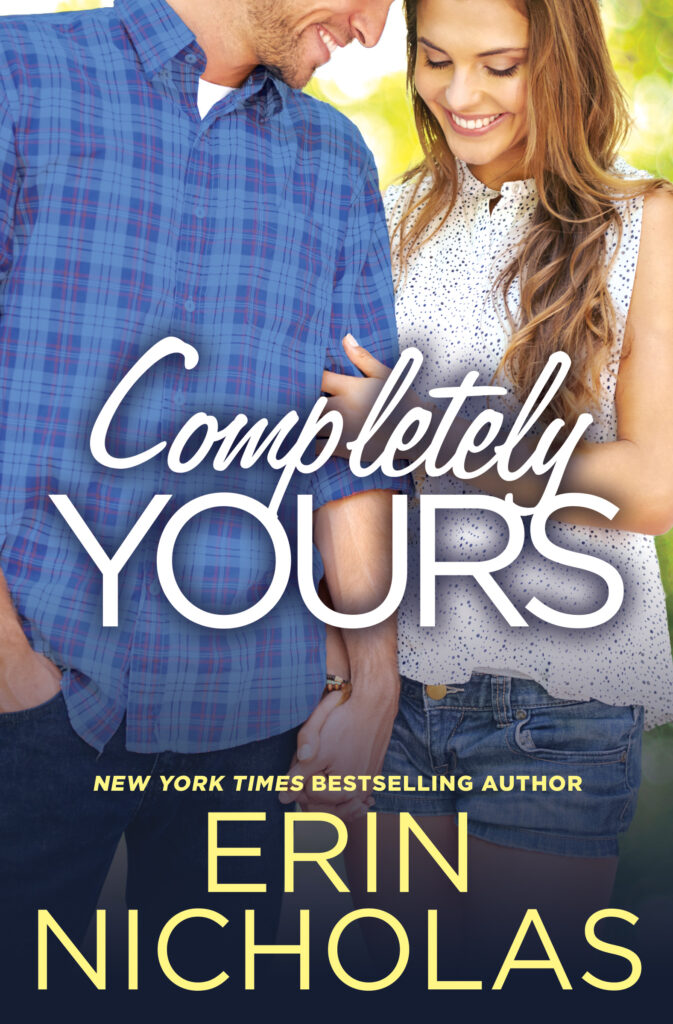 Completely Yours is the first book in a new series coming from me and Forever Romance (Grand Central Publishing) on December 20th!

Kiera Connelly leads a quiet life, and that’s just how she likes it. She’s built a name as a graphic designer and meets up with her friends online, all from the comfort of her living room couch. But when a rare outing turns disastrous, Kiera finds herself up close and way too personal with an unbelievably hot real-life hero.

Zach Ashley doesn’t see himself as a hero. He’s just a regular guy who gets to help people every day as an EMT. But when he’s called to a scene and has to treat his most gorgeous patient ever, he finds himself mixing work with pleasure. He never hesitates to put his life on the line…but will he ever risk his heart?

Completely Yours is available now!

He reached into his pocket and tugged his wallet free. He did let go of her then to pull a twenty from it. He handed it over, and Kiera’s cheeks got hot again. He was giving her money for a cab. Damn. She suddenly didn’t want him taking care of her. She didn’t want him to see her as just another person he was being paid to help.

“I’ll pay you back,” she said quickly. She did need it. Or she’d have to walk to the hospital.

“I was hoping you’d say that.” He gave her a grin. “That means I’ll get to see you again.”

Okay, he was a hot guy who saved lives and had a grin that made her tingle. Big deal.

“No, I can mail it. Just give me your address.” She reached for the money.

He pulled it back out of reach. “I’d rather have a personal delivery.”

She couldn’t meet his eyes and focused on his collar instead. She wasn’t a mess— she really wasn’t—but in spite of her warrior princess outfit and her sword, she knew she’d come across that way today. Hell, her outfit and sword-spray painted foam board, of course—probably made her seem even more pitiful, like someone who could only be tough when she was pretending to be someone else.

“It’d be better if I mailed it,” she said again, finally lifting her eyes to his.

He frowned slightly and handed her the twenty. “Okay, I’ll text you my address. What’s your number?”

She couldn’t help it. She smiled slightly. He was smooth. “Nice try.”

“Then I’ll give you my number. You can text me for my address, and I’ll text you back. But that seems less efficient.”

“Probably the easiest thing would be to mail it to you at work,” she said.

“You don’t know that address.”

Finally, he gave up with a shake of his head. “What am I missing here? I’d like to see you again and thought you’d feel the same way.”

She swallowed her pride that wanted her to say “Nope, don’t feel the same way, thanks all the same” and told him the truth. “I like you. You made today… not horrible.”

He gave a quick laugh. “Not sure I’ve ever had a woman describe time with me as not horrible.”

“I just…” Dammit. She took a breath and blew it out. “I’m a geek, Zach. I love to cosplay. I game every single night. All of my friends are into this same Comic Con stuff. I go to every Marvel movie on opening day. I read fantasy and sci fi. I spend ninety-eight percent of my time on the computer—both for work and pleasure. I’m addicted to Table Top and Felicia Day is my idol.”

Zach looked at her for a long moment. Then just as she thought he was going to say “Yep you’re right, this will never work” or even “What the hell is Table Top?” he reached up, cupped her face between the two big capable hands that had been helping and healing all day, and pulled her in for a kiss.

No, not a kiss, Kiera corrected three point two seconds later. The. Best. Kiss. Ever.

It was not a meeting of lips. It was a full contact we-were-made-to-do-this fusion.

It literally made her head spin.

And then her legs got a little wobbly.

And the next thing she heard was “Kiera!” just before everything went black. 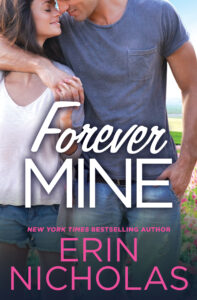 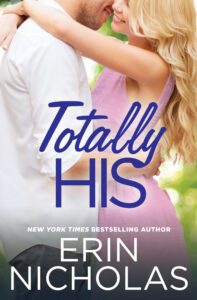