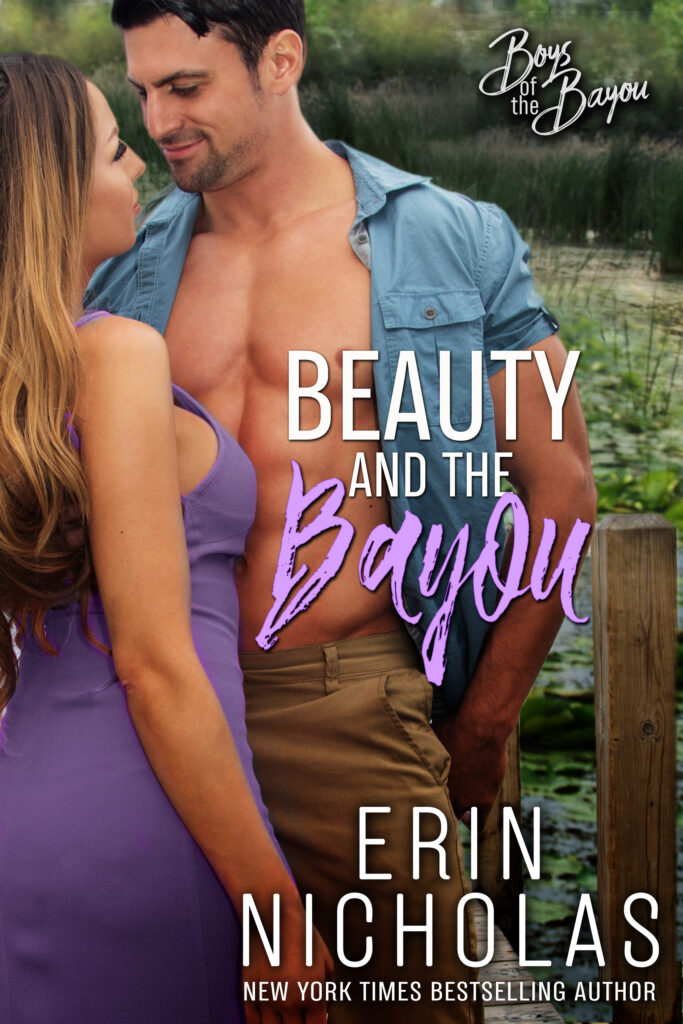 A sexy small town, beauty and the beast rom com!

Sawyer Landry knows he’s been beastly to be around for the past few months. But he can’t seem to remember how to be fun-loving and friendly. Until he sees Juliet Dawson on his boat dock… and realizes that hip waders are, apparently, one of his turn-ons. But despite the beauty in the boots, the last thing he needs right now is a city girl in his way for the next two weeks.
But he’s not really getting a vote. Juliet is determined that her little brother rebuild the dock he and his idiot friends smashed. She’s quirky, klutzy, independent…and possibly an even bigger pessimist than Sawyer is. He’s incredibly drawn to the cynical fish-out-of-water, who seems to be the one person who isn’t intimidated by his growling.
The big, gruff boat captain is the first person in a long time to want to watch out for her and Juliet finds that hotter than his grandma’s jambalaya. Well, that and his sexy scar, his emotional baggage, and the sense of humor and fun that is buried deep.

But Sawyer doesn’t need any more people to worry about long-term and the things that make him feel protective of Juliet aren’t going to go away. So, this two-week adventure can’t be anything more than a fling. With Juliet down on the bayou, there’s an even bigger threat than alligators and hurricanes. There’s the very good chance of someone ending up with a broken heart.

She’d read about him in the brochure and online, but no one had mentioned that Sawyer was still, currently, an active part of the business.

Juliet tried to keep up with his long strides as he headed up the ramp that led off the dock and onto the paved path outside Boys of the Bayou. But between her short legs, the hip waders, and the fact that she just didn’t do long and hurried very well, she was several feet behind him before he noticed and stopped.

Though the view from behind Sawyer Landry was nothing to be upset about.

The man was big. As in tall and broad and with big muscles. Really big muscles. Like oh-my-god-I-want-to-squeeze-those biceps. That had actually been her first thought when she’d seen the soft green cotton of his Boys of the Bayou T-shirt wrapped lovingly around those upper arms. She wanted to squeeze them. Feel them bunching. The way they would if he were to lift her up and—

She blinked and jerked her thoughts away from Sawyer Landry’s wet-panty-inducing biceps. There was the rest of him to think about too after all—the shoulders, the ass, the scar. A little shiver went through her. That scar was hot. It made his otherwise if-I-was-a-model-for-hip-waders-everyone-would-own-them face and body a little less perfect. More touchable. Rugged and wounded. Those were the words that came to mind when she paired that scar with the broody look in his eyes. She wanted to know everything about that scar. She wanted to trace it with her finger, then her lips. She wanted to find out if he only smiled with half of his mouth because he was always only mildly amused, the way he’d seemed on the dock with her, or if it was because there was some nerve damage under that scar.

She stopped in front of him on the path where he was waiting for her. “These are my bayou-wading boots, not my running boots,” she told him.

He looked down at the hip waders, his gaze lingering on her upper thighs.

Ooh, tingles. She liked those.

“I can’t believe you’re wearing hip waders,” he said, almost to himself.

Juliet put a hand on her hip. “I was coming down to the bayou. I don’t know much about how things work down here, but I understood water and mud.” She lifted a foot, turning it back and forth as she studied the boot. “Regular boots didn’t seem like enough. So, I went to the local sporting goods and hunting supply store, told them what I’d be doing, and this is what they recommended.”

Sawyer nodded at her. “Good thinking.”

For some reason that surprised her. He didn’t seem like the type who gave a lot of compliments. She already had the impression that he liked things a certain way—his way. And that he expected most people to fall short.

“You think me getting hip waders was good thinking?” she asked.

“I like a girl—a person—,” he corrected. “Who does their homework and prepares,” he said.

Then you’re gonna love me. Thankfully, she didn’t say that out loud, but if homework and preparation got him going, he was going to be into her. Not that she’d want that. Not that she’d expect that. Not that it was even worth thinking about. She was here for two weeks to build a dock—but mostly to make her little brother work hard for a change and hang out with some good guys rather than his spoiled rotten, idiotic, frat brothers—and there was no reason to get caught up in some guy.

But yeah, if Sawyer liked preparation, he was going to go ga-ga over her accordion files.

She’d learned over the years that she’d rather be over prepared than surprised, or worse, embarrassed. Shit happened and she’d found that expecting that and having a plan for when it did, served her well.

“Well, I can assure you that, if nothing else, I have a plan,” she told Sawyer.

He studied her for a moment. Then he said, “I guess a girl doesn’t show up with safety goggles on a whim, huh?”

Juliet felt her mouth tug up on the left in a little smile. “That’s a pretty good assumption.”

He let out a breath that seemed resigned. “Cora better have sausage gravy this mornin’,” he said.

“Sausage gravy will make it all okay?”

She was going to have to take his word for that.

Sawyer turned and started across the road toward the rickety looking building.

“Oh, the rundown shed has you worried?” he asked.

He gave a soft chuckle. It was a low, rumbly sound that made her shiver again. But it was a warm shiver.

“Well, you can stay down here while I go talk to them,” he said. “Just watch out for the snakes.”

Juliet picked up her pace. Until she could look up more about the snakes in this part of Louisiana, she was just going to avoid them. And keep these cover-almost-everything boots on. “That’s okay. I think I’ll risk my luck in the shed.”

“Okay, but you should know that sheds and garages and outhouses and stuff are the perfect spots for black widows.”

He sounded amused, but Juliet’s shiver was definitely cold this time. She definitely knew that black widows were spiders.

“What is wrong with you?” she asked him. “Trying to make it so I won’t sleep at all while I’m here? Between the alligators and the snakes and the spiders, what the hell are you all doing down here?”

He actually outright laughed at that and for a second Juliet thought she’d risk a few spider bites to hear more of that. They surely had antivenom in the hospitals around here, right? She’d look that up too.

“I guess, we don’t know any better,” Sawyer said. He stopped in front of the door to the shack. He looked down at her. “I should say that I’m sorry for scaring you, but…” He lifted a shoulder. “I’m not. I’d rather someone be scared and think I’m an asshole but not have a black widow bite than think I’m a nice guy and end up in the ER.”

She met his gaze. “For what it’s worth, I’d think you were more of an asshole if you didn’t warn me about spider bites.”

For a second, a little warmth flickered in his eyes. Then he said, “We’re gonna get along just fine then. I can scare the hell out of you about hangin’ out down here and I won’t even have to exaggerate.” 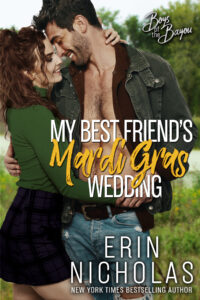 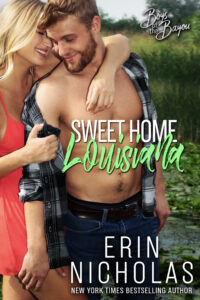 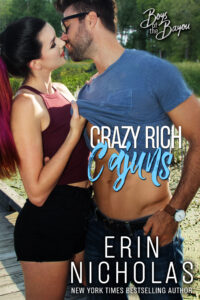 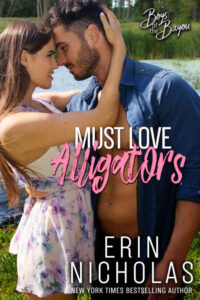 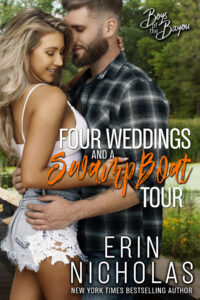