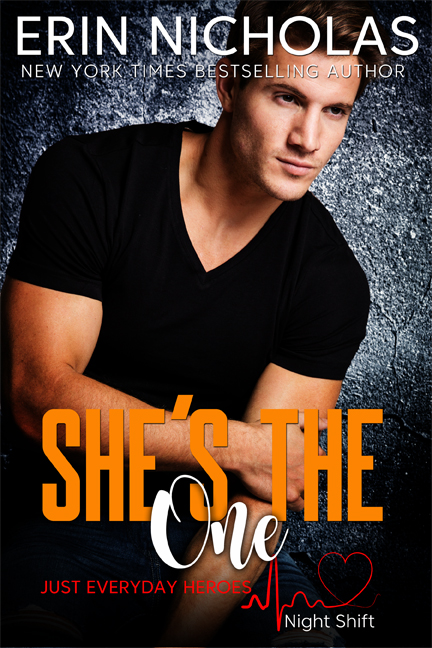 Sometimes you see love clearly. And sometimes it has to smack you in the face.

When a stranger walks up and punches him in a bar, Ryan Kaye assumes there’s a good reason. And a one-night stand with his best friend’s older sister, Professor Amanda Dixon, is a really good reason.

Except that it never happened.

She says she’s sorry for the lie, but he doesn’t want an apology… He wants the night.

The last thing Amanda needs is to add to her long list of commitments. But when tempted with the chance to fulfill a few fantasies with the hot paramedic she’s had dirty dreams about forever, she can’t resist.

One night is surely enough time for a renowned playboy like Ryan to teach her a few fun things. Thank goodness it isn’t enough time to fall in love…

**this title was previously published as She’s the One, Counting on Love book one**

Ryan tugged Amanda through the crowd to the corner near the back door. It wasn’t exactly private, but it would work for a few minutes. That was all he would have, he was sure, before Conner realized one of his friends had one of his sisters off in a dark corner alone.

“Yes, I talked to Tim Winters,” Ryan said when they were as alone as they were going to get. “Right after he clocked me and knocked me on my ass.”

Amanda gasped. “He hit you?”

“Yeah, because I slept with you.”

Ryan fought a smile. “But it’s weird. That really seems like something I’d remember.”

She rolled her eyes. “We all probably blend together after a while.” She said it quietly, more of a mutter really, but he heard it.

“What’s that mean?” he demanded. He put a finger under her chin and tipped her head so she had to look at him. “Amanda, what does that mean?”

She shrugged and pulled her chin away from his touch. “It means that it’s got to be difficult keeping track of everyone in and out of your bed without making them all wear name tags.”

He grinned. He couldn’t help it. She was sassy too. He liked that. And liked even more that it didn’t show all the time. He liked knowing that there might be layers to Amanda Dixon to discover.

“Where would they pin the name tags?” he couldn’t resist asking.

For a moment, Amanda seemed surprised. Then she smiled. “You’ll have to get the adhesive ones, I guess.”

“You could try only dating women named Jennifer or something.”

He smiled. “But then Tim Winters wouldn’t believe whatever you told him about you and me.”

Amanda pressed her lips together. Then said, “I’m really sorry he hit you.”

She actually blushed and Ryan wondered if he could remember the last time he’d seen a woman blush. Not off the top of his head.

She looked at the collar of his shirt instead of his eyes. “I told him I had a one-night stand with someone and had feelings for him.”

He hated that she thought he was messing around. “Amanda.”

She finally looked up into his eyes.

She swallowed. “You’re…the type, I guess.”

He frowned at that. That was what she thought of him? That he was the type of guy to screw around with another man’s girl?

“I don’t touch what isn’t free to be touched.”

She sighed. “Tim and I are not dating. We haven’t done more than chat and dance. I was trying to let him down easy without the whole ‘you’re a great guy, but—’ routine. I thought another guy was the easiest way.”

“Especially if the other guy ruined you for all other men. Who can argue with that?”

Her eyes widened and she blushed again, but then she laughed. “That’s what I thought. Ruined is ruined, after all.”

He’d love to be the one to ruin her.

The thought snuck up on him, and Ryan had to take a quick breath before saying casually, “Clearly he’s a little more into you than you thought.”

Amanda wet her bottom lip and looked up at him and said softly, “Sorry.”

He didn’t want an apology. He didn’t want her to be sorry for having the idea of the two of them burning up the sheets one night. He wanted her to keep that idea firmly in mind, in fact.

“Did you tell him it was a one-night stand?”

He liked the idea that she would think he was so amazing that one night would cause her to be head over heels. Even if it was only in her imagination.

Ryan moved in closer, wanting her full attention on him. “Okay. Make it up to me.”

“Give me that night.”

“What night?” she asked carefully.

“The one we allegedly had. And whatever it was that ruined you for all other men.”

Amanda stared at him as if he were crazy. Which he probably was. She’d made up a fling. It was simple and innocent—mostly—and nothing he really needed to worry about. Winters had slugged him and gotten it out of his system. It was probably over. And if it wasn’t, Amanda had plenty of people—including him—who would step in to dissuade Tim. It wouldn’t require any of them pretending to be her lover.

But Ryan didn’t want it to be that simple. Obviously.

“What are you suggesting, exactly?” she asked.

Ryan grinned. “You, me, some whipped cream and twenty-four uninterrupted hours.” 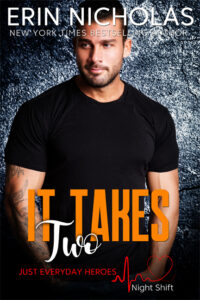 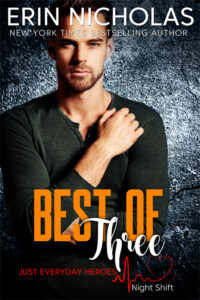 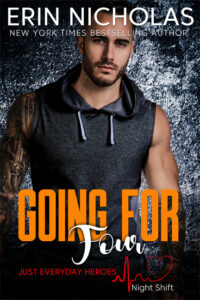 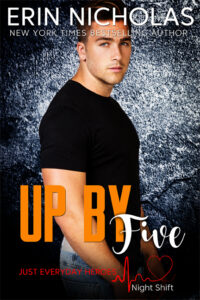