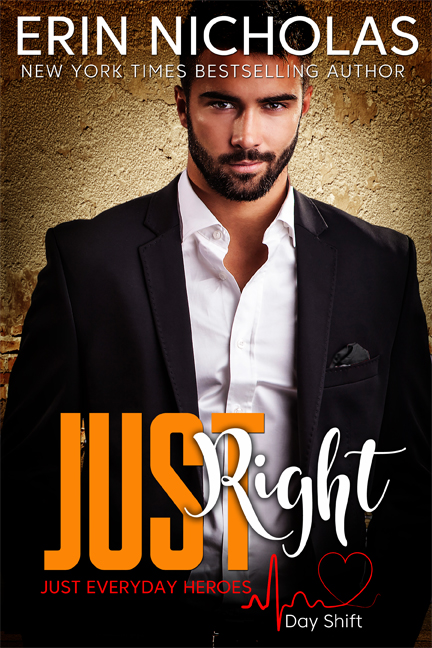 He’s a better-than-a-Boy-Scout, trauma surgeon extraordinaire. Who just punched a patient in the nose.

She’s the director of the ER. And is now in charge of keeping her star surgeon in line until his suspension is over.

First order of business is prying his perfect ass off the bar stool… and keeping her huge crush on him under control. Except he refuses to move until she agrees to—and then loses—a bet for 48 hours of her undivided attention.

Okay, she can handle this. How much trouble could they possibly get into in two days? And how much could she possibly enjoy that trouble? And if he simply can’t be her Knight-in-Shining-Scrubs anymore, well, then she can finally move on. Because she’s not into bad boys. Anymore. Supposedly.

She was his new favorite flavor.

He lessened the pressure, wanting to savor her, but she pressed closer, moaning in protest, digging her fingers into his hair.

Well, okay. If she insisted.

He bent his knees, pulled her up against him and wrapped his arms around her, one hand in the middle of her back, the other cupping her left buttock. He pressed her against his throbbing shaft and ground into her, eliciting another moan.

Suddenly, Jessica pulled back, sucked air into her lungs in a large gulp and withdrew her hands like he was a hot stove.

“Why not? Two consenting adults. And I don’t have to get up for work in the morning.”

She pointed a finger at his nose. “That. Exactly that, as a matter of fact.”

Right. She was concerned about him. Concerned about the ER and the hospital. Probably a little disappointed in him. She’d probably never quit anything in her life. Jessica was responsible, dependable, steady, self-controlled…all of those good, conservative adjectives. Ben knew them well. He’d lived them his whole life.

But, she was stuck here. She had to take him home. She couldn’t leave because she truly believed he needed her, and she couldn’t throw him over her shoulder and forcibly take him out of the bar.

“Well, then that leaves only two other things I’m interested in,” he said.

“Liquor and pool.” He stepped back from her. “Who’s in?” he asked the mediocre players he’d been losing game after game to all night.

Not that Ben cared. He’d come here to blow off some steam and make the night go faster, without having to hang out with the friends who wanted to know what was wrong, how he was, what he was going to do and on and on.

“Do you know how?” Ben asked, smiling at the picture she presented. This wasn’t the type of place he’d ever imaged her in, but she seemed to be adjusting, almost…getting comfortable. Interesting. Very interesting.

“Then by all means,” Ben said, gesturing at the table. “Show me what you’ve got.”

“I think we need to establish what the stakes are.” Jessica rubbed the little blue square of chalk over the end of her stick as she watched him.

He shrugged. “I’ve only got about fifty bucks left.”

Jessica moved into position to break. She leaned over the end of the table, the blue jeans cupping her sweet, maybe-wearing-a-thong ass, and, positioned the cue between her first two right-handed fingers and lined up her shot.

“If I win, you let me take you home, finally.” She looked at him over her shoulder and smiled knowingly when she caught his gaze on her ass.

“Okay.” This pool game suddenly seemed like the best idea he’d had in a long time.

Jessica looked smug as she turned back to line up her shot again.

“Don’t you want to know what I want if I win?” Ben asked, blatantly taking in the view.

“The next forty-eight hours with you.”

She straightened and faced him. “What?”

“If I win, you spend the next forty-eight hours with me.”

He shrugged. “Yeah. You drive me home and then you stay.”

“And what are we going to do?” she asked, clearly suspicious.

And was he tempted to say “whatever dirty, delicious things I can come up with”?  Hell yeah, he was. But, as surprising as he found it, there was something else he wanted just as much. “Goof off.”

Jessica Bradford needed to let her hair down a little, and even if it wasn’t spread out all over his pillow, he still wanted to be the cause. 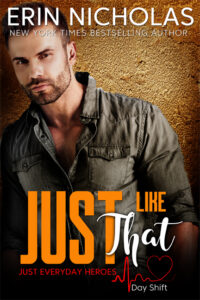 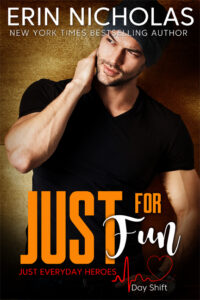 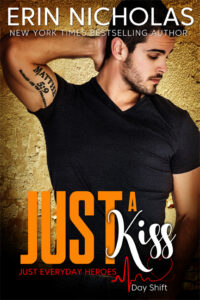